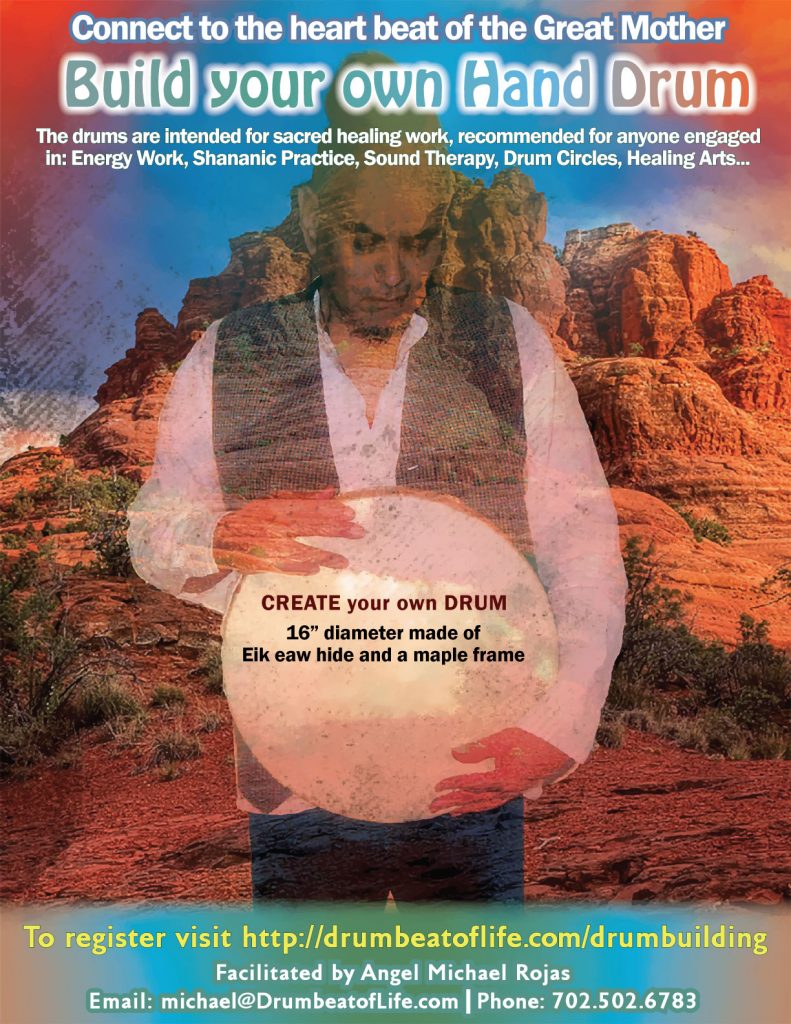 REGISTRATION for EACH Workshop CLOSES 2 WEEKS BEFORE Event Date

Our message is very simple….”To share with all who are interested, information about the drum and its use in Sacred work.”

Our current series offering is – 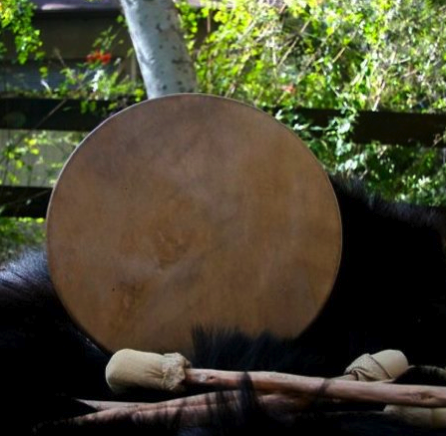 Do you use a drum in your practice?

Individuals who use a drum in their holistic practice(s) and those interested in learning about Native American culture are encouraged to build their own drum. Energy workers, shamanic practitioners, those involved in sound therapy and drum circles, have the opportunity to create a deeper vibratory connection with their drum.

Currently many cultures and groups of society around the world, acknowledge women are the ones to lead us on our next human evolution. These workshops acknowledge and support this evolution. 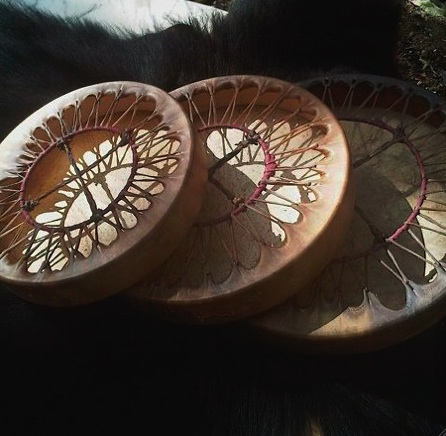 Known as ” Shamanic Drum” or “Wood Frame Hand Drum”. The Drum is intended for engaging in Sacred Healing work. Drums will be made of Elk rawhide (also used for the lacing). The hides are stretched over a 16″ diameter maple wood frame.

Since these Drums are intended for engaging in Sacred Healing work, preparation of the materials used is paramount. This starts with acknowledging, honoring and being grateful of the trees and animals, whose lives continue by being of service to others through the drums. 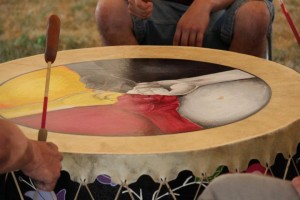 Would any of these benefits help you or your clients?

Current research is now verifying the therapeutic effects of ancient knowledge practiced by Indigenous healers from around the planet. Recent research reviews indicate that drumming accelerates physical healing, boosts the immune system and produces feelings of well-being, a release of emotional trauma and reintegration of self. 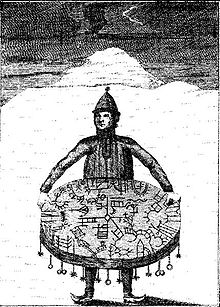 Drumming can help people express and address emotional issues. Unexpressed feelings and emotions can form energy blockages. The physical stimulation of drumming removes blockages and produces emotional release. Sound vibrations resonate through every cell in the body, stimulating the release of negative cellular memories. “Drumming emphasizes self-expression, teaches how to rebuild emotional health, and addresses issues of violence and conflict through expression and integration of emotions,” says Music educator Ed Mikenas. Drumming can also address the needs of addicted populations by helping them learn to deal with their emotions in a therapeutic way without the use of drugs.

Research has demonstrated that the forcible transmittal of rhythmical energy to the brain synchronizes the two intellectual hemispheres. When the legitimate left hemisphere and the nonrational right hemisphere begin to throb in harmony, the interior counsel of nonrational knowing can then flow unimpeded into witting awareness. The power to access unconscious info through symbols and imagination facilitates psychological integrating and a reintegration of self.

Drumming besides synchronizes the frontal and lower areas of the brain, integration gestural info from lower brain structures into the frontal cortex, producing “feelings of insight, understanding, integration, certainty, conviction, and truth, which excel ordinary understandings and tend to prevail long after the experience, frequently providing foundational insights for religious and ethnic traditions.”

Why build your own drum?

There are amazing instrument maker in the world, creating some amazing drums and you are one of them.  Creating your own drum enables you to set an intention for the crafting of the drum. It is often a profound experience to be in connection with the animal’s Spirit. You find your self in a deeper sense of awareness, often moving in a hypnotic state as you are truly seeing your expression and that of the Animal take shape as a drum. 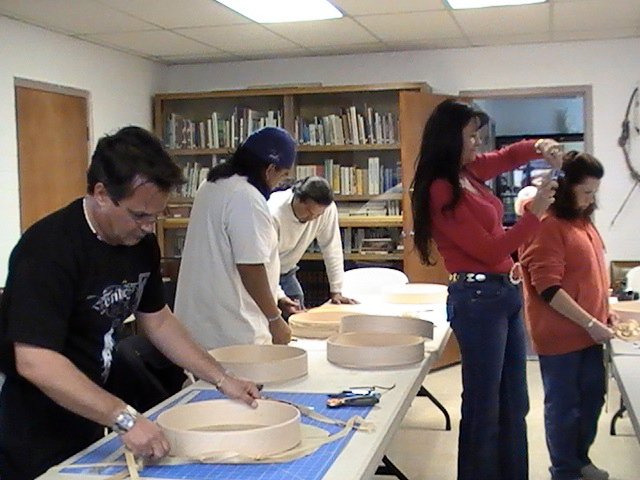 Typically range in size from eight to twelve people. 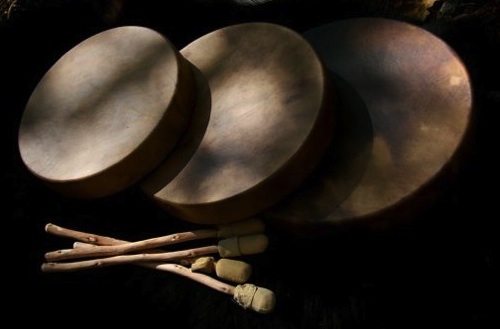 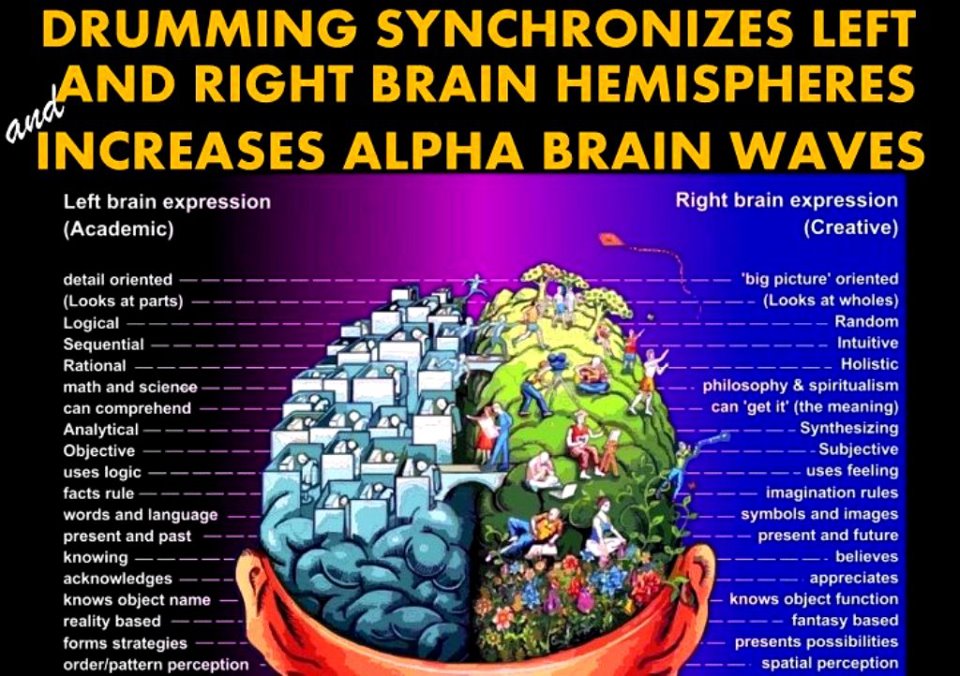 The reason rhythm is such a powerful tool is that it permeates the entire brain. Vision, for example, is in one part of the brain, speech another, but drumming accesses the whole brain. The sound of drumming generates dynamic neuronal connections in all parts of the brain even where there is significant damage or impairment such as in Attention Deficit Disorder (ADD). According to Michael Thaut, director of Colorado State University’s Center for Biomedical Research in Music, “Rhythmic cues can help retrain the brain after a stroke or other neurological impairment, as with Parkinson’s patients…” The more connections that can be made within the brain, the more integrated our experiences become.

Synchronizing the right and left hemispheres have many wide ranging benefits.  When the logical left hemisphere and the intuitive right hemisphere start working together and communicating with each other there is a marked and measurable change in the quality of consciousness.  Intuition increases.  Insights increase.  The ability to access unconscious information through symbols and imagery facilitates psychological integration and a reintegration of self.

Michael Harner, an anthropologist and founder of the Foundation for Shamanic Studies, did pioneering work in studying the effects of drumming in the 1960s and ’70s, outlined in his book, The Way of The Shaman (Harper; San Francisco; 1990).

According to Harner, the beat of the drum, as used to transport native peoples into shamanic states of consciousness, closely approximates the base resonant frequency of the Earth, which can be measured scientifically.

In recent years, Gregg Braden, a geophysicist and author of such works as Walking Between the Worlds: The Science of Compassion (Radio Bookstore Press; Bellevue, Wash.; 1997), has continuously measured this frequency, which has led to his hypothesis that the Earth is going through great changes, with profound implications for its inhabitants.

What past attendees have said!

“I recently had the pleasure of attending a weekend long workshop of Michael Rojas. A gifted healer, full of integrity; his drumming takes you deep into self discovery, great meditations and some personal healing. Sharing his wealth of knowledge on many topics, yet honouring that each person finds their own truth. He shows great respect in teaching how to make a drum; honouring the animal that gave its hide; and the sacredness of the process/instrument. Was a complete joy for me to be able to participate.”
Shelly McAlberta Canada
“Making my first hand drum with Michael was a wonderful experience. He is meticulous, patient and very passionate about his work. He knows intuitively how to create the voice of each drum. I invite all percussion lovers to take this workshop, so you too can create your own hand drum. Thank you Michael.”
Maria
“I had never thought of creating my own drum and I am so glad I did. I now understand what you were saying about the connection that is made with the drum, when you make it yourself.”
Andrea
“Michael Rojas is a gifted healer and guide who helps us bring the jewels of the inner journey out into the light of day to benefit self and world. Skillfully intuitive, Michael holds an open dialogue in Circle rooted in highest intention, creating a most dynamic and honest experience of self reflection. His offerings are truly that… gifts of gathering, bearing tangible fruit of growth and profound insight. Thank you Michael, your guidance has truly been invaluable.”
Devi Sarani
Previous
Next

Facilitated by ángel Michael rojas, a proponent and practitioner who uses drums in his personal and professional practice for; drum healing, shamanic journey, ceremony, sweat lodges, sacred rituals, house blessings. Michael has been commissioned in past years by Art Councils to Lead drum workshops & build drums. Has led workshops for other Shamanic practitioners and his drums are in use across the U.S., Canada, Mexico & Japan.

Michael realized that something was missing with a synthetic drum. About 10 years ago he sought out a Master Instrument maker. By making his own drums, he is able to channel healing energies into the creation of the drum and make the instrument that much more power-filled in his practices.

COO of I Will Restore, a 501 (c)(3) global group of individuals committed to the inner vision of the clarion call. Founder and Principle of The Abundant Wellness Provider, a Internet advertising and marketing service provider for the Holistic community. Founder of Drumbeat of Life, a education project focused on sharing ancient wisdom, Shamanic healing and Indigenous Culture……[Read More] 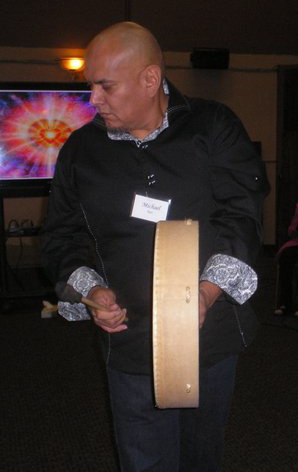